Charles William Clary was born to Julia Frances Elkins and Earl Wade Hampton Clary on June 25, 1936 in Ballinger, Texas.  His father was a manager at Penny’s before owning and operating a grocery store in Coleman, Texas.  His mother played the piano and organ in the church for forty years.   Hurlbut’s Story of the Bible was read to Charles until he learned to read himself.  Prayers were said at mealtime and bedtime, when both father and mother participated.   At a revival, Charles walked down the aisle at his church and told the pastor he didn’t want to go to hell.  This was his first conscious encounter with God. 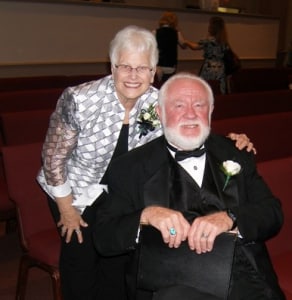 After college, Charles was a high school math teacher in addition to coaching football and basketball for ten years.   While an assistant principal for Crockett High School in Austin, Texas, God called him into vocational ministry.   He describes his calling:

On the last Sunday of June, 1970, we were worshipping in the evening service.  My pastor and father in the ministry, Harold O’Chester, was preaching and then began a time of invitation or altar call.  He was not preaching about being called into the ministry, but all of a sudden I realized God was calling me to be a minister of the Gospel.

I gripped the back of the pew in front of me so tightly that my knuckles were white.  It was if all the thoughts of past service to the Lord were a flood in my mind.  I was shocked.  I was paralyzed.  I had never thought or imagined that God would call me as a vocational minister.

Alice, and their four girls left Austin for Fort Worth, where he attended Southwestern Baptist Theological Seminary.   After serving as Pastor at Sunset Baptist Church, and an associate at Travis Avenue Baptist Church, Charles became pastor at Tate Springs Baptist Church were he served for nearly 28 years.

Charles is first and foremost a pastor.   He loves people and people love him.  He is a hugger.  Young, old, male, or female you can always expect a smile and a hug for him.  He does not discriminate with his hugs.   He is gifted at remembering people’s names and the names of their children.   His care and interest for people is genuine and never an act.

He is also a teacher.  He speaks with passion and conviction about what he had learned in his Christian journey.

The Clary’s demonstrated their compassion in many ways, particularly toward those who needed an advocate and a family.  They were an example to the Body of Christ, first by legally adopting a 14-year old, and then a 28-year-old woman.  Later, Charles and Alice would informally adopt another young woman into their family.   They also modeled to the congregation how you honor your parents.   Both mothers came to live with them during their later years.

Charles is a man’s man.   Maybe it was from growing up as an athlete in West Texas, or his background in coaching, or maybe his cowboy boots and western attire, he knows how to communicate to the mind and hearts of men.   He challenges men to be leaders at work and in their home.   He is a renaissance man.   He loves music.  While his guitar, piano, and vocal skills won’t win America’s Got Talent contest, whatever gifts he has he uses them for the glory of God and people are blessed.  Charles is also gifted mentally.  While his euphemisms may sound country and his illustrations simple, he is an intelligent leader who reads widely and thinks critically about life and ministry.

The skills Charles gained from his coaching experience served him well as the pastor of a growing church.  He knew how to inspire others with a shared vision, develop a team, and design a strategy for reaching the lost in the community. Like a coach, he was continually thinking about what were the next steps to take the church to the next level.  In his office was a white board where he developed his “plays.”  He might sketch out drawings of a new worship center, write the steps for accomplishing a project, illustrate his vision, or design the process for assimilating new members.     Today, we call him a missional strategist.

His strategy for reaching the growing city of Arlington was to plant new churches.   This was against the counsel of his pastor friends, who advised the best way to built a great church was to focus his efforts on one campus.   Fortunately, he followed God’s direction rather than man’s, and as a result eleven churches were planted: 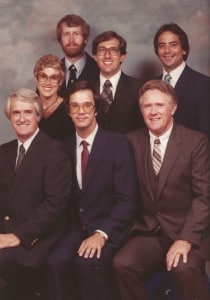 International Church on the University of Texas at Arlington campus, Arlington, Texas,1992

Families in Crisis, Forth Worth, Texas, 1994

Charles invested in the lives of his staff.   Staff retreats involved recreation (people now call team building) as much as they did planning.   It might be floating on an inner tube at his lake place, playing dominoes, or a game of Risk.   During his ministry, Charles supervised more than 75 students who were completing their field education at seminary.   Many Christian leaders refer to him as their father in the ministry.

Charles’ ministry has been marked by the abiding presence and power of the Holy Spirit.   He writes, “In His grace, God has given me a pattern for my life.  The ultimate pattern is, of course, is Jesus Christ.  And ultimately, God will conform me to his image.  The strictly human person with who I identify is Gideon.”

He has many examples of how God has provided him direction and confirmation for his life.  One such example was when Tate Springs had outgrown their worship facility.  Charles believed God wanted the church to expand its capacity.   He cast the vision, but the leaders of the church felt it was not the right time.  Many pastors would have been frustrated and disappointed, but Charles believed in the direction the Lord had laid out.  A year later, a committee was given the task of designing a worship center.  Charles had little input, but when the architect brought him the first draft of the building, it was almost identical to the one Charles had drawn on his whiteboard.   Many stories like this could be told of God’s faithful guidance in this godly man’s life.

In 2001, Pastor Charles and Alice retired to Ruidoso, New Mexico, but God still had more for them to do.  God laid on their heart to minister to the horse and gaming community of Ruidoso, most of whom could not attend church on Sunday’s.  Charles spent months studying the needs of people in the community before they began the ministry.  They tried to identify things that might be attractive to those who were not in church.  They discovered there were a number of “Recovering Christians,” who had left the church, but still believed in Jesus. 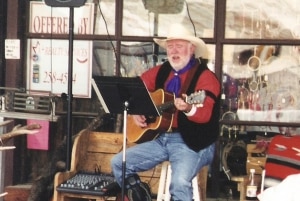 In 2002, at the age 66, Charles and Alice began “Fellowship of Help and Hope,” which later became J Bar J Country Church.   The fellowship began with nine people meeting in a storefront.  They outgrew several facilities and in 2008 the church built a red building resembling a barn that accommodates 500 in worship and a youth center that can accommodate 100.   They are now running 600 in their summer weekend celebrations.   Charles describes the music of the “Good News Band” band as upbeat gospel with a Bob Wills’ two-step.  They begin playing 30 minutes before the worship service.   While the style and form of J Bar J Country Church may not be reproducible, the missional principle of planting a church designed on the spiritual needs of the community may be applied to any place in the world.

At the time of this writing, Charles and Alice have 4 daughters by birth, 3 adopted daughters, 28 grandchildren and 19 great grandchildren, and more on the way.   Bill Easum said, “Your legacy is not so much what you leave behind as it is who you leave behind.”   The legacy of Charles and Alice are the thousands of lives transformed by Jesus Christ through their ministry. 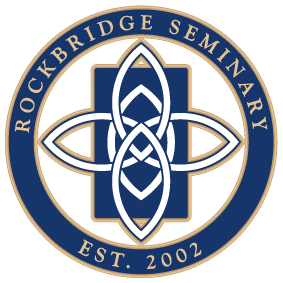